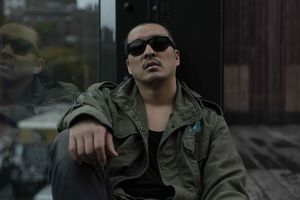 Wakadanna (若旦那) is a Japanese reggae singer and a member of the group Shonannokaze. On June 26, 2007, Wakadanna married MINMI and, on November 11, their first son was born. On August 4th, MINMI gave birth to their second son in New York. Wakadanna launched a new record label under avex called Tank Top Records and, on January 26, 2011, he made his solo debut on that label with the digital single "Inochi ~Sakura no Kioku~".