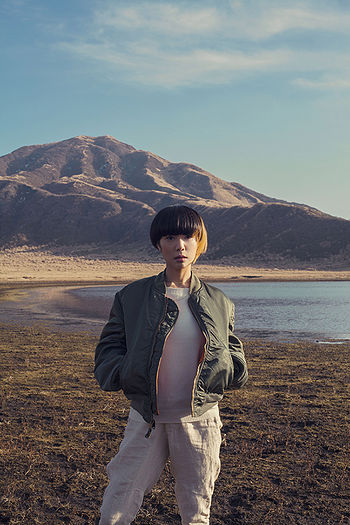 Salyu (サリュ) is a Japanese singer whose first works were for Lily Chou-Chou's Kokyuu, the soundtrack for the movie All About Lily Chou-Chou. She provided the vocals for the fictional rock star "Lily Chou-Chou". In 2004, almost 3 years after Lily Chou-Chou, she started up her career again with a collaboration single with ILMARI of RIP SLYME, "VALON". Salyu is most known for featuring on Bank Band's "to U" charity single, which kick-started Salyu's music career.

From when she was very little, Salyu learnt to play piano. When she became sick from pneumonia at primary school, her doctor recommended that it would be good if she took up either swimming or singing. From then on, Salyu started singing with a choir; singing children's classics as well as classical songs.

In 1998, Salyu was inspired to become a musician after watching her friend's band play at a live house. She tried to audition through several magazines, until finally she auditioned at the Sony SD Audition. There, she caught the eye of producer Kobayashi Takeshi (Mr.Children, My Little Lover, Hitoto Yo). He was impressed by her, and asked her if she would like to undertake the role of singing the role of a singer in an upcoming film to be directed by Iwai Shunji, All About Lily Chou-Chou. Hence, on April 19th 2000 her debut single "Glide" was released.

Lily Chou-Chou's music was seen as quite dark, and possessing a certain mysterious "ethereal" quality to it that was central to the plot of the movie. A second single to follow "Glide" was released two months later, called "Kyoumei (Kuukyo na Ishi)". These two singles were mostly released to add a back-story to add to the illusion of Lily Chou-Chou's character existing. In fact, only "Kyoumei" out of the two even reached the top 200 singles (#97). Nowadays, these two singles are seen as extremely rare. You can currently buy either one for a price of 15,000yen+ second hand. 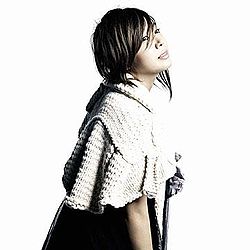 Almost exactly a year and a half since the first Lily Chou-Chou single was released, the movie pertaining to these singles was released. To tie-up with the movie, a Lily Chou-Chou album was released at the same time, entitled Kokyuu. The album was, instead of Sony, released under Toshiba EMI, and despite the hype from the movie, it only reached #60 on the charts. The movie soon became a smash hit (and later, a cult classic). Even director Quentin Tarantino is a known fan of the film and Salyu's voice, having featured Lily Chou-Chou's song "Kaifuku Suru Kizu" in a scene in Kill Bill.

Nothing was heard from Salyu until late 2002, in which she started touring again. However, instead of under the name Lily Chou-Chou as before, she changed her stage name to "Salyu" (coined by Kobayashi Takeshi, and originating from the French word "Salut"). She would continue to hold small lives throughout 2003, until April of 2004. Then, she returned to the music scene with a collaborative single with ILMARI from RIP SLYME, entitled "VALON". "Valon" proved to be a minor hit, peaking at #12 and selling over 25,000 copies. Two months later, Salyu would release a solo version of this song, titled "VALON-1", under her new label TOY'S FACTORY. "Valon-1" got to #34 on Oricon singles chart.

To further this release, Salyu continued with three more singles and her debut album, landmark. The second single, "Dialogue", even won the award for "Best New Artist Video" at the 2005 Space Shower awards. While Landmark got to #20, the singles before it did quite poorly on the charts. About this time, Sakurai Kazutoshi of Mr.Children had been forming a charity, called ap bank. 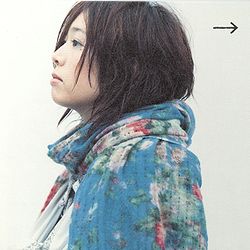 He decided to hold a three-day charity concert, called the ap bank fes '05. Salyu was asked to participate, and featured in all three days of the festival (alongside such artists as Hitoto Yo, Mr.Children, Nakashima Mika and Chara).

From here on, Salyu started to pick up in popularity. Her next single, "Kaze ni Noru Fune" reached into the top 30 (#29) and the following single "Tower" reached a close #33. "Tower" was in fact written by Hitoto Yo, who Salyu performed onstage with in the Bank festival. After some waiting, it was announced before the next Bank festival that Salyu would be featuring on a single by Bank Band (the charity band that Sakurai Kazutoshi formed for the concerts) in a song called "to U". This became a major hit, propelling Salyu to stardom as she received much fame from the live performances and additional press.

Salyu's next single, "name" (which, similarly to "Tower", was written by Hitoto Yo), reached #15 on Oricon charts, and the following single, "Platform", was used as the theme song to the movie Metro ni Notte. "Platform" outsold "Name", though had about the same level of popularity. Both these singles were a lead-in for her second album, TERMINAL. The album was a massive success compared with her previous works, landing #2 and selling over 70,000 copies.

Salyu has held a great number of concerts; though many of the songs that she has played during these concerts have been tracks that do not appear yet on any release of hers. The names of some of the recognised tracks are: 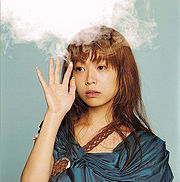 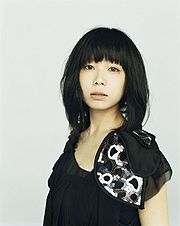 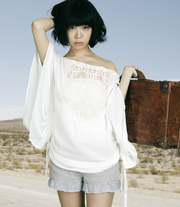 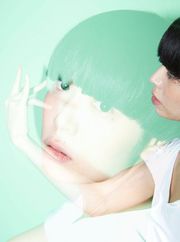 On the official Lily Chou-Chou website, it lists singles and albums supposedly released by Lily Chou-Chou. However, it also lists the OST and the relational single, Glide. Dates in bold denote actual releases. 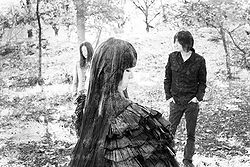