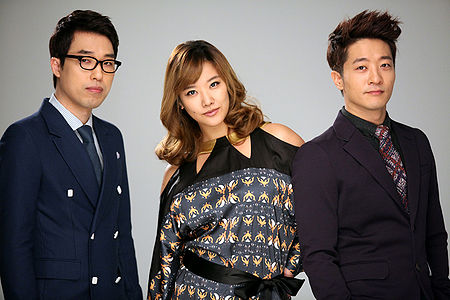 Clazziquai Project promoting "Hamkkeramyeon (Can't Go On My Own)" (2012)

Clazziquai Project (클래지콰이 프로젝트, クラジクワイ・プロジェクト; Classic+Jazz+Groove) is a Korean group that initially started out as an experimental project by DJ Clazzi (a.k.a Gim Seong Hun) in 2001. They are also known as: CLAZZIQUAI PROJECT, Clazziquai or CLAZZIQUAI, and CZQ. Their music, similar to Shibuya-Kei, is a fusion of different genres but mostly covers electronic, house, acid jazz, and groove. The group remained predominantly underground until their participation in the soundtrack for the award-winning drama My Lovely Sam Soon. In late 2005, after collaborating with Japanese artist Fantastic Plastic Machine and group m-flo, they signed a contract with avex trax, while still being signed under FLUXUS MUSIC in South Korea.