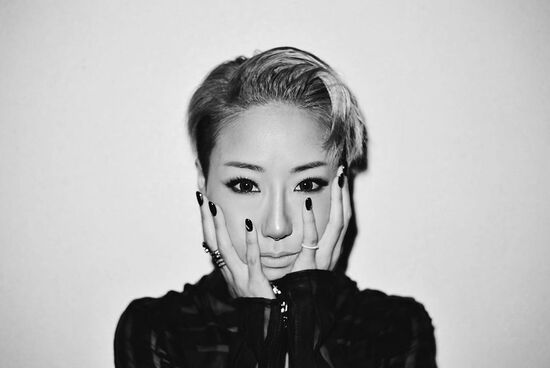 Emyli is a bilingual Japanese pop singer-songwriter and vocal producer based in Tokyo. She made her debut in 2003 as an R&B singer under the name EMYLI. In 2004, Emyli started working as one of the main artists in m-flo's loves... series. As of 2010, Emyli had returned to working on her solo career as an indie artist. After graduating from Sophia University in Tokyo, she has written for J-Pop stars such as Amuro Namie, May J., E-girls and Kuraki Mai, as well as Korean talents such as KARA, 2PM, 2AM, Taeyang (BIG BANG), Melody Day, and more. Emyli continues to write with songwriters from all over the world, traveling back and forth to LA, London, Stockholm and Korea. 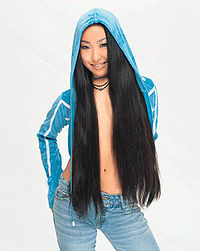 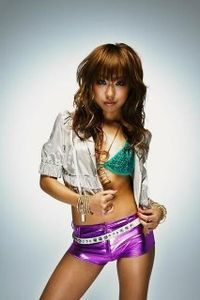 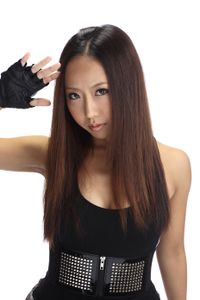 Emyli was born and raised in a residential area in Tokyo, Japan not far from Shibuya. She grew up with her parents having deep roots in music, as her father was a vocalist, music producer, and a vocal coach. She attended American schools from a young age. Since a child, Emyli has taken a variety of dance class and began taking ballet lessons at the age of three and when she was seven, she began learning hip-hop dancing. At the age of 11 she started working towards a professional career in singing and started working with a vocal coach.[1]

In 2003, she signed with major record label BMG Japan at the age of 15 and made her debut as EMYLI with the single "RAIN". In September she released both her second single and which was soon followed by her debut album, Flower of Life. After this EMYLI would take a break from her solo work and became part of the collaboration project VOICE OF LOVE POSSE. EMYLI was also part of the VOICE OF LOVE 2003 LIVE TOUR charity tour.

In 2004, EMYLI collaborated with m-flo for his loves... series. They worked together on the song "The Other Side of Love", where she was credited as Sister E. The song was the B-side track to m-flo's best selling "let go" single with YOSHIKA. The following year she collaborated with m-flo several more times on m-flo loves... singles, working this time on two a-side tracks: "DOPAMINE" and "Loop In My Heart". It wasn't until September 2005 that she released her third single, "Come Home". With the release of this single her stage name changed from all capital letters to "Emyli". She also released the single independently, instead of with her previous major label.

After graduating from an American school in June 2006, she began attending the prestigious Sophia University where she plans to major in Japanese literature. That year she signed with Up-Front Works and has been releasing singles under zetima's Seventh Code sub-label. With the release of her first single on the label, "Don't Vanish Love", Emyli had already run into problems with the label. She was not given full artist control like she wanted and the song and it's music video "involved some ideas that were out of [her] control."[1]

After the release of two more singles, Emyli parted ways with Seventh Code. She is currently recording songs as an indie artist. In 2010, Emyli released her eighth single "Take Me Away" exclusively to iTunes and CD Baby for world-wide digital purchase.