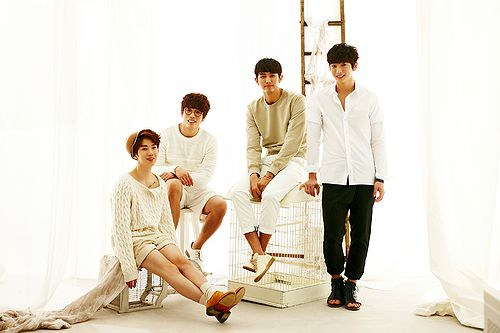 2AM, except Lee Changmin who was serving in the military at that time, participated in a TV-Documentary/Reality, M.NET Hot Blood, about the the training of JYP Entertainment trainees to become part of the supergroup "One Day". At the end of the program two smaller groups were formed, 2PM and 2AM, and three trainees were eliminated, one of them being Yoon Doo Joon (now the leader of BEAST) and other one being Jung Jinwoon. Daehun, who was selected as a 2AM member resigned before debuting and finally Jung Jinwoon occupied his place.

The group debuted on July 21, 2008 with the single "Inorae" and made their debut performance in July 11. Six months later 2AM made a comeback with their second single "Time for Confession" on March 19.

Ten months after the release of their second single, 2AM released their first mini-album, Jugeodo Mot Bonae. This mini-album was released under JYP Entertainment although none of the tracks were produced by Park Jin Young. The day after the release it was known that the three songs that Park Jin Young produced, and didn't include in the mini-album, were going to be released in a re-package album. In the end only a new song and a new introduction track was included in the release of Jalmotaesseo, the re-package album, although it also included fourth songs from their two singles. The new song, "Jalmotaesseo", was a change for 2AM style since it was an up-beat track, something that the group had never released before.

In May 2010, 2AM was selected by Sony Music as the representative Asian artist group to be featured on the commemorative album Listen Up! The Official 2010 FIFA World Cup Album (the other Asian artist being Japanese singer MISIA). 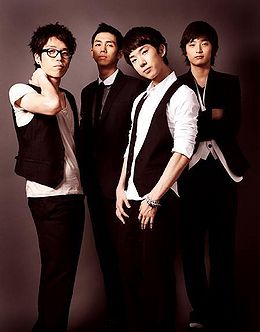 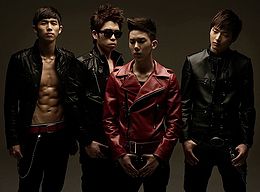 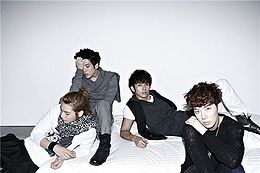