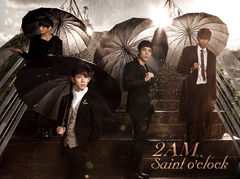 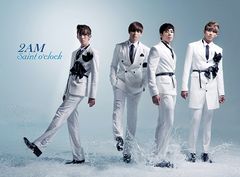 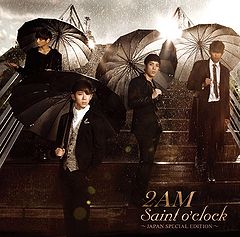 Saint O'Clock is 2AM's first regular album and first release under Big Hit Entertainment, a JYP Entertainment sub-label. It was called their first "regular" album as it was released after Jalmotaesseo, their first repackaged mini-album, which was released as a full album. Saint O'Clock was released in two editions, regular and "Special Limited Edition". The limited edition comes with two bonus tracks (2AM first two singles lead tracks), a 24page photobook, a monthly notebook (56p), a stamp book (20p) and a commemorative paper.

One year later the album was released in Japan in two editions, CD+DVD and CD Only. Only the tracklist was been retitled into English for the release (except for the song "Inorae" which has been retitled into Japanese). Jo Kwon's solo digital single "Gobaekadeon Nal" was also included on the album (retitled to "The Day I Confessed (Original Mix)") replacing "Dasi Saranghagien" ("Can't love you again"), which was placed as the last song on the tracklist. A modified version of the Korean "Special Limited Edition" cover art was used as cover for the two editions of the album.