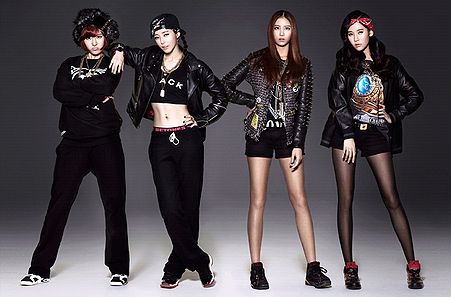 GLAM (글램) was a Korean pop four member girl under Source Music & Big Hit Entertainment that officially debuted in 2012. Almost two years before their official debut some members, already as GLAM, collaborated with fellow Big Hit artists 2AM and Lee Hyun. On December 24, 2012 it was announced that TRINITY had left the group due personal reasons. In September 2014, it was reported that member Dahee was one of two women who blackmailed actor Lee Byung Hun. After months of trials and apology letters, on January 14, 2015 she was sentenced to one year in jail. Following the news, it was confirmed that the group had disbanded at the end of 2014. 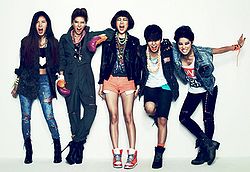