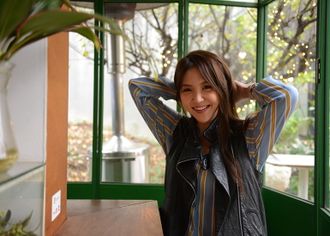 Hinouchi Emi promoting the crowdfunding for her album kizna (2011)

Hinouchi Emi (日之内エミ) is a Japanese urban pop artist formerly signed under KING RECORDS and Tachytelic Records label, currently signed under indie label EXIT LINE. She made her debut in 2002 with the Takahashi Taku produced single "Magic / World". She has also worked with many artists such as m-flo, Heartsdales, and SOUL'd OUT. 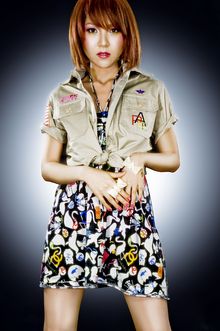 Hinouchi Emi was born in Osaka, Japan on September 7th, 1982. She and her family moved to Taiwan when she was only four. They lived there through out most of her childhood, moving back to Japan when she was fourteen. After she returned to Japan she started writing music and composing music. The first track she completed was named "Painful" (Which later went on to be her fourth single).

Hinouchi soon started performing with a local indie bands. When she was 16 she entered an audition held by Takahashi Taku of m-flo and performed "Painful". She was then signed to Taku's record label Tachytelic Records. She debuted in 2002 as 日之内絵美 and released the single "Magic / World", which was produced by Taku. In 2003 she went on to release three additional singles, and in Novemeber came the release of her debut album, "Dramatiques". All of her singles, with the exception of "Freak!", have ranked in the top 150 on the Oricon Charts.

Hinouchi soon began composing music for Heartsdales and singing back up for them. Her first appearance with them was on the "I See You" single. She continued to work with the group until their spilt in 2006. She has also done a lot of work with m-flo. She has been featured as one of the reacuring artists featured in the m-flo loves... series and is part of "m-flo's family". She has co-written loves... song such as "Luvotomy", "Simple & Lovely", and "Love Don't Cry".

There was a three year period in which Hinouchi wasn't making any solo releases. During this time where Hinouchi started her radio show Hinouchi Emi no Renai Kai Kei Club Love. The raido show ran on Nack5 from April 2007 to March 2008.

In 2007, Hinouchi released her fifth single, "O'kay", which signaled her comeback from a period of three years which no solo releases. Her new releases were credited to 日之内エミ. "O'kay" and "Goodie Memories", released after this hiatus period, charted higher than Hinouchi's previous singles. Hinouchi went on to release two more singles in 2008 ("Ai Dake Ga" and "Kataomoi"), followed by her second, ME.... The album included collaborations with Ryohei, SOFFet, and MAKAI.

In 2009, Hinouchi was dropped by her record label, KING RECORDS. The label dropped her after her second album failed to sell enough copies. Two years later, she released the her first mini-album, VOICE, under an indie label.

After a 7-year break of no new releases, she announced via several social media platforms that she would be crowdfunding a new album, kizna. After the crowdfunding period ended in February of 2019, she went silent again for a while.

In May of 2019, she posted an announcement that she would be undergoing surgery for an ovarian tumor. As a result of her illness, she stated that she would be going on an indefinite hiatus from all activities to focus fully on her recovery.

In May of 2020, the first single for the crowdfunded album, a demo version of a new song called "Tekireiki" was released. 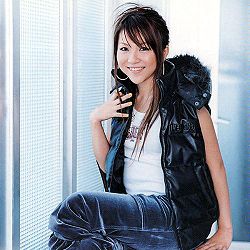 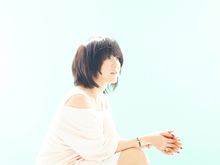