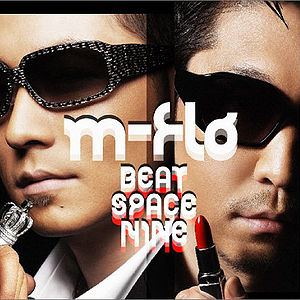 BEAT SPACE NINE is the fourth studio album released by m-flo, and it's their second loves collaboration album. Unlike the group's previous albums, this one has a stronger electronic influence. The last song on the album, "NINE", is the same as the intro to m-flo's first album, Planet Shining. The song "TRIPOD BABY" features vocals from the group's fromer member, LISA. Remixes of the songs from this album were later released on the DOPE SPACE NINE remix album.