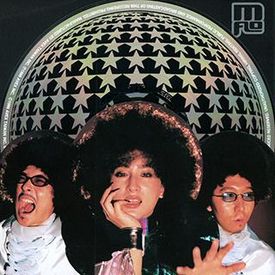 "Mirrorball Satellite 2012" is the fourth single (second major single) released by m-flo. The title track samples Evelyn "Champagne" King's "Love Come Down"[1]. The jacket and music video were 1970s styled and feature the group in afro wigs. Track #5, "theme from flo jack" is an English language version of the song "flo jack" from their major debut. The single reached #11 on the weekly Oricon chart, and stayed on the chart for a total of five weeks. According to Oricon, this single is the tenth best-selling single released by the group[2].