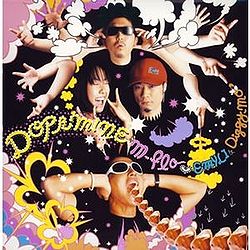 "DOPAMINE" is the 18th single released by m-flo, and it is the fifth single released of the m-flo loves series. This single features EMYLI and Diggy-MO' on the A-side, YOSHIKA on the first B-side, and a remix of a song from ASTROMANTIC titled, "I WANNA BE DOWN (The Scumfrog Mix)" which features Sakamoto Ryuichi as the second B-side. The title track was renamed on the album BEAT SPACE NINE to "DOPEMAN?" which phonetically sounds the same as "Dopamine". The music video for the single was nominated for Best Dance Video at the Music Video Awards Japan 2006 show.

This single reached #20 in weekly Oricon chart, and stayed on the chart for a total of nine weeks, selling 30.949 copies.