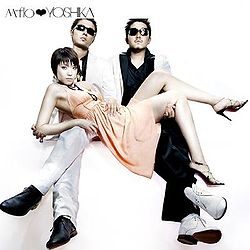 "let go" is the 17th single released by m-flo, and it is the fourth single of released in the m-flo loves series. This single features YOSHIKA on the A-side and EMYLI on the B-side (although she is credited as Sister E). An acoustic version of "let go" appears on YOSHIKA's second album, timeless. 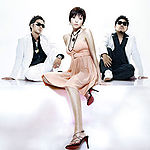 m-flo and YOSHIKA promoting the single