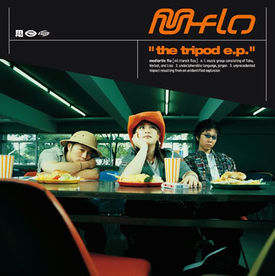 "the tripod e.p" is the third single and the major label debut single released by m-flo. This is the group's first release on CD as their previous two singles were released on vinyl. Track #2, "been so long" had previously been released on a vinyl record as the band's second single; the song has also been licensed by Konami and used in their Beatmania IIDX 3rd Style rhythm video game. Track #3, "mindstate" features guest rapper SPHERE of INFLUENCE[1]. Both "been so long" and "mindstate" appear on the band's debut studio album, Planet Shining, while only a remix of "flo jack" is featured.

The single reached #9 on the weekly Oricon chart and stayed on the chart for a total of 15 weeks, selling 144,490 copies. According to Oricon this is the group's third best selling single[2].