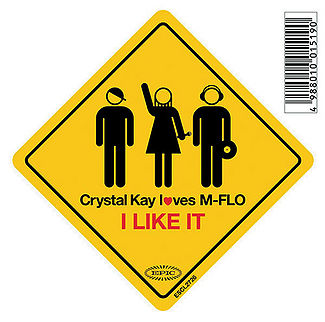 "I LIKE IT" is the eleventh single recorded by Crystal Kay, and features the hip-hop group m-flo. It was released alongside m-flo's comeback single "REEEWIND!" credited to m-flo loves Crystal Kay. This is her first time she's record with both members, working previously with VERBAL on "Ex-Boyfriend" and with Takahashi Taku on "hard to say". "I LIKE IT" was used for a Tokyo Mode Gakuen commercial theme. "OVER THE RAINBOW" is a cover of July Garland's iconic song from 1939 American film The Wizard of Oz. A month after the CD release, there was a vinyl single release "I LIKE IT / REEEWIND!".

The single reached #8 on the weekly Oricon chart, making it Crystal's first single to chart in the Top 10. It sold 58,373 copies. 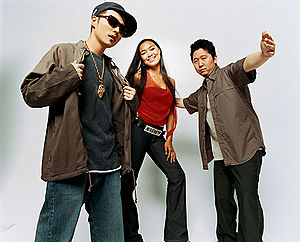 There are currently two versions of "I LIKE IT" to be found in Crystal Kay's discography. The following versions are listed chronologically by release: