Nakata Yasutaka (中田ヤスタカ) is a Japanese musician, producer, and DJ. He is best known for being one-half of the duo CAPSULE and for creating the music of Perfume and Kyary Pamyu Pamyu. Nakata originally created the contemode sub-label on Yamaha Japan Communications in 2003; the label expired in 2012, and he moved to the unBORDE sub-label of Warner Music Japan in 2013. He is managed by the artist management company ASOBISYSTEM.

Nakata began learning classical piano at a young age. It was through this that he became interested in music and, as he got older, started dabbling in creating original works. His early influences came from the dance music by Komuro Tetsuya which was popular at the time, as well as a shop near his home that specialized in Western music imports.

By his first year of junior high, Nakata became aware of an instrument known as a synthesizer. He felt limited by the sounds he could create using only piano and sought to buy one. Having gained his parents' permission as well as improved his grades, Nakata bought his first synthesizer at that moment and began to create electronic music. He became invested in his hobby, recalling, "I think how I felt about [making music] was very similar to people who were deep into their soccer club activities. Just like the kids you'd say 'he looks like he’s going for the inter-school championship' about, I'd make music as soon as I got home every day. I'd do it even when my stomach was empty, and I'd do it all the way up until I had to sleep."[1] Into his teens, Nakata started performing solo live shows with equipment such as a sampler and sequencer, being one of four individuals in Kanazawa who worked exclusively within electronic instrument means.

In 1996, Nakata entered two of his MIDI works in Yamaha's 3rd XG DATA CONTEST and was chosen as one of six winners, receiving the Technique award. While his first piece Kaiseki Ryouri consisted of traditional Japanese music, his second one entitled XGroove was a mix of pop and funk.

In March of 1997, Nakata went to the Hokuriku Teen's Music Festival where he met Koshijima Toshiko through a mutual group of musician friends. Of his decision to work with her on CAPSULE, Nakata has said, "In the middle of all these guys in bands, I was creating songs on my computer alone. Koshijima-san was a total karaoke girl. So I asked her over and said I was hoping she'd give singing one of my songs a shot. Had she been the vocalist in a band or doing her own thing, I never would've asked."[2] The duo made their live performance debut in May of 1998 at the MUSIC QUEST Grand Showcase.

Nakata enrolled in the Tokyo School of Music in Edogawa, Tokyo. While in school, he was partnered with Emi Kinoko to create songs as part of a project. He formed a unit called SYNC⇔SYNC with her and put short clips of the work they made on his personal website. It was through this that Nakata was later contacted by Perfume's management company who were interested in having the trio be produced by SYNC⇔SYNC. Emi Kinoko wrote Perfume's lyrics until their single Computer City, which at that point Nakata took total control over the unit and fully produces their music to this day.

Since CAPSULE's major debut in 2001, the duo's music has spanned and incorporated various genres including bossa nova, lounge, pop, electronic house, and more. Nakata was known for being incredibly involved in his personal project's output, yet in recent years has become more lax, no longer directing their music videos or designing elaborate packaging on their physical CD releases.

In 2003, Nakata produced a song for the Konami game pop'n music 10 under the stagename polyphonic room entitled STEREO TOKYO[3], in which Wanta of Hazel Nuts Chocolate did the main vocals and Koshijima Toshiko provided chorus vocals.

In 2004 he worked with Momose Yoshiyuki of Studio Kajino to create the short animated film Portable Kuukou featuring capsule's song of the same name. This was the beginning of a trilogy of "short short films" based on three capsule tracks: Portable Kuukou, space station No.9 and Soratobu Toshikeikaku (in that order).

Nakata struck a collaboration deal in December 2007 with Japanese fashion brand FRAPBOIS, inspiring their fashion line for spring/summer 2008 to be electro-pop themed. He created the background music for a short commercial for FRAPBOIS which was shown in their stores during this time. In this year, he started collaborating with MEG on her music, with her writing lyrics and him composing/arranging.

Nakata received the Creator award as part of Changemakers of the Year 2012. He was additionally honored by the Japan Record Awards for his composition work on both Tsukema Tsukeru and Spice and appeared at the ceremony where Kyary Pamyu Pamyu performed. In 2014, he created the theme song for the sci-fi movie Appleseed Alpha and appeared at the 27th Tokyo International Film Festival to speak about the film. 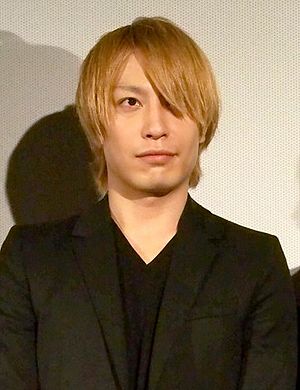