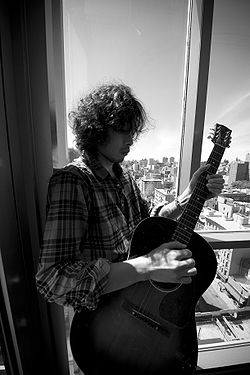 Saito Kazuyoshi made his debut in the music world in 1993 with the single "Boku no Mita Beatles wa TV no Naka". He started to write songs for commercials and artists like PUFFY soon after. He also started to appear on television including his appearance on the Fuji TV's television show Yoru no Rock Radio, performing his own rendition of Harada Shinji's "Candy" on the piano.

His songs have been covered by a lot of artists. For example, his song "Aruite Kaerou" has been covered by Bank Band, alüto, Ooyama Yurika. He has also written and composed music for artists like Isa Koutarou and television shows like the 2008 dorama FISH STORY.