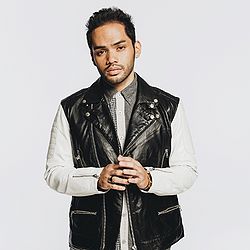 Matt Cab (マット・キャブ) is a J-Pop/R&B singer-songwriter and producer currently signed to Warner Music Japan. He has collaborated with many notable artists such as m-flo, w-inds., Wada Akiko, AK-69, and Crystal Kay and is good friends with MACO and Jordyn Taylor.

Cab was raised in San Francisco by a musical family and has cited his father as his inspiration. He began posting videos on YouTube in July 2009 while on a student exchange in Japan, most of which were covers but some of which were original songs. His first EP Heartbeats was released independently in January 2010 on iTunes only in Japan and the US, but it is no longer available.

September 2010 saw the release of his first album The One having been signed to STAR BASE MUSIC which was well received and boosted his popularity around the country. This was followed up less than a year later with the cover album Flashback in June 2011.

2012 was a big year for Cab as he was featured on m-flo's album Square One in March and subsequently went on tour with them. This was followed by his second studio album Love Stories. In 2013 he switched to Warner Music Japan and released his 3rd album ONGAKU. Shunkashuutou came next in 2015 with many collaborations along the way.