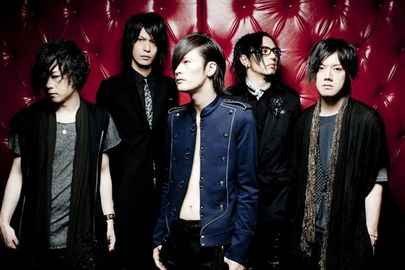 MERRY, previously written as just メリー, is a five member Japanese rock and angura-kei band influenced by the ero guro movement. Gara and Yuu formed the group in the Kantou region of Japan in October of 2001. Having been an indies band on their own label Gekiyaku Records, MERRY signed with Victor Entertainment in 2005. In 2010, the group transferred labels to FREE-WILL, and in the process changed their name to MERRY. Their style of music ranges from hard rock to ballads, and from mix jazz to swing and rock n' roll.