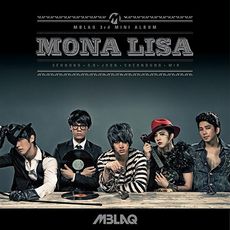 Mona Lisa is the first Korean mini-album released by MBLAQ. The cover art states that the release is their third mini-album, however this is because their first two singles (released as "1st" and "2nd single album") were counted as the first two mini-albums. The title track was used as lead track.

Each MBLAQ member portray a different iconic figure for the release of the album, these being: