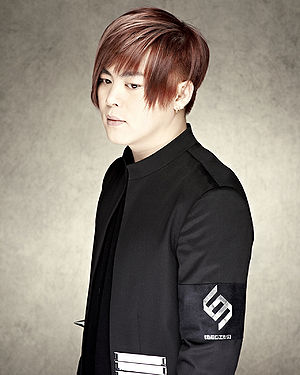 Moon Hee Jun (문희준) is a Korean Rock artist. Moon Hee Jun is most notable known for being the leader of the now disbanded H.O.T.. He is often characterized by his trademark hair which has been died a number of colors including orange, purple, and jet black. He was the eldest member in H.O.T. and one of the better dancers in the group. After H.O.T. disbanded following their 5th album, Moon Hee Jun went on to become a solo artist in the rock genre. This drew mixed reactions from the public, and as expected, he did not experience nearly as much success as he did with H.O.T..