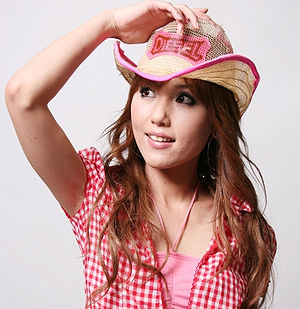 MIYUKI is an Japanese urban pop singer-songwriter. She made her debut in 2000 with the single "Feel the Revolutions", which was written and produced Komuro Tetsuya. After a eight year absence from the music world, MIYUKI returned as an independent artist in 2008.

MIYUKI got her start in 1998 when she auditioned to be in singing compition. She enter a compitition to became a vocalist for the best selling mega producer, Komuro Tetsuya, which was broadcasted on ASAYAN. After several rounds MIYUKI was doing well and she gather many votes. In the end, the race was close, but she ended up coming in second place behind Suzuki Ami.

In 2000, two years after the compitition, Komuro signed her to his ORUMOK RECORDS sub-label, factory ORUMOK. MIYUKI made her debut in July 2000 with the single "Feel the Revolutions", which was used as the CM song for 7-Eleven. MIYUKI later ended the year with another single, "IF ONLY WE COULD FLY".

In 2001, Komuro transfered the rights of the label and soon it went under. This left MIYUKI without a record deal and she soon disappeared from the scene. It wasn't until almost eight year in 2008 when she made her comeback. Now MIYUKI is independent artist who is not signed to a record label. Since her return she has been releasing pop music influenced by R&B and hip-hop.