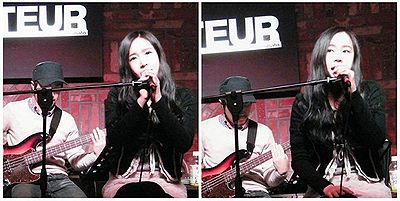 N.Dolphin (엔돌핀) was a Korean rock indie 3-member band that debuted in 2011. They disbanded right after Way left in early 2012 to join Crayon Pop with her twin sister Cho A.