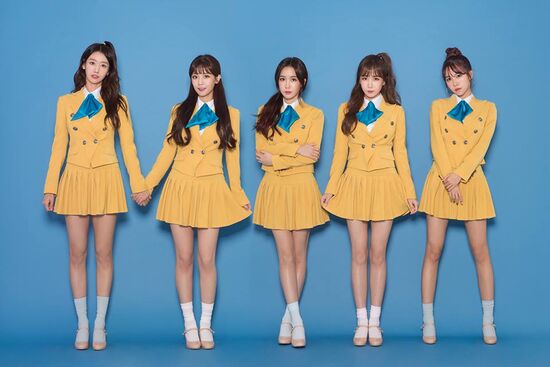 Crayon Pop (크레용팝) was a Korean pop 4-member girl group that debuted in 2012 under Chrome Entertainment. 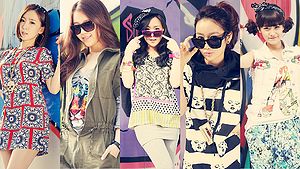 Crayon Pop was originally named Hurricane Pop with members Mari, Geum Mi, Ellin, Choa, and Soyul. Mari was the former leader of the disbanded group Coin Jackson, but left right before debut to pursue an acting career. Choa's twin sister, Way was part of an indie band called N. Dolphin. She decided to leave the band to join her sister. The group was later renamed Crayon Pop.

The group began their promotions in Japan, and using their time there to film the music video for "Bing Bing". The group unofficially debuted with the release of both the Korean and Japanese versions of the music videos for their first single "Bing Bing". Instead of releasing the song they promoted officially for their debut song "Saturday Night" and released their first mini-album Crayon Pop 1st Mini Album in July 2012. The mini-album proved successful and the group became popular in Japan, even without them promoting there officially yet.

The group released their first digital single "Dancing Queen" in October 2012, which also consisted of an alternative version of "Bing Bing".

The group held a mini-concert in January 2013 at Shibuya, Tokyo. The tickets sold out in under just an hour and had many requests from fans that were not able to purchase tickets, which prompted them to hold another second mini-concert at Osaka in February 2013. 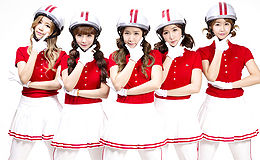 As the group was preparing for a Japanese debut they announced a new member, Arisa, for their Japanese promotions only. The plan was to promote in Japan as a 6 member group, while in Korea they promote as a 5.

They released their second digital single "Bar Bar Bar" on June 14th 2013. The song and dance version of PV went viral and people begain to draw interest in Crayon Pop due to their unique stage outfits and choreography. "Bar Bar Bar" gradually began to climb the Korean digital music charts, eventually reaching the upper positions of most major real time chart listings. "Bar Bar Bar" ranked #1 on the weekly Billboard K-Pop Hot 100 chart for the first time after a full 6 weeks on release. Crayon Pop released a new PV for "Bar Bar Bar" titled "Bar Bar Bar (Global Version)" and reached 1,000,000 views in just 5 days after the release. The song and PV is being called the 2nd Gangnam Style.

On August 25th, 2013 Crayon Pop performed for the first time in the United States. The group performed the songs "Bar Bar Bar" and "Dancing Queen" at the annual convention KCON which was hosted at the Los Angeles Memorial Sports Arena. 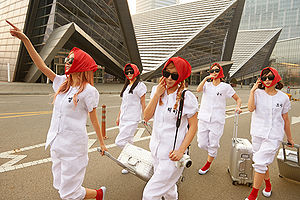 They released their third digital single "Lonely Christmas" in November. The single was released as an early Christmas present for their fans. During the promotions of the song the group has been criticized for allegedly copying the Japanese girl group Momoiro Clover Z.

They released their first collaboration digital single "Hero" in February with Kim Jang Hoon for the Korea Fireman Project.

They released a comback single "Uh-ee" as a pre-release track for their upcoming Korean album. They also were planning to debut in Japan early 2014.

Soyul left the group on May 31, 2017. It was announced that the other 4 members would be continuing Crayon Pop promotions despite not renewing their contracts with Chrome Entertainment. 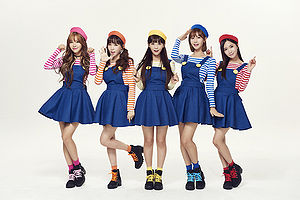