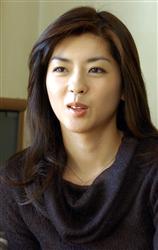 Nakayama Shinobu (中山忍) is a Japanese actress, singer, former idol, and former member of the idol group Rakutenshi. She dreamt of the world of show business after seeing her older sister perform and decided to be like her sister after seeing her off at an airport one day. She finally achieved that dream when she debuted as an actress in 1988 in the television dorama Oreco Daroo!. She become popular in the early 90s after appearing in popular movies like Godzilla vs. Mechagodzilla II and Gamera: Guardian of the Universe.

She also had a brief music career from 1988 to 1989, debuting with the single "Chisana Kesshin". In 1989, she became a member of the idol group Rakutenshi and then a member of Nanatsuboshi, a Christmas-themed idol group in 1990. 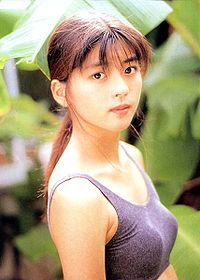