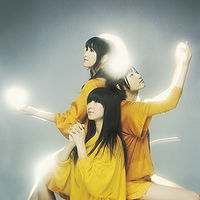 "Negai" is a song released by Perfume and included on their single "Dream Fighter" as the B side track.

A remix also included on their second album ⊿ as track #12.