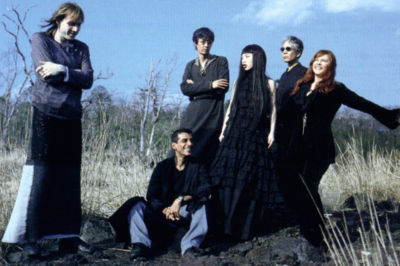 NiNa was a short lived supergroup that was lead by vocalists YUKI (of JUDY AND MARY) and Kate Pierson (of The B-52's). 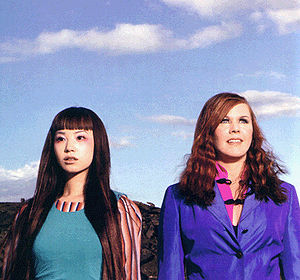 NiNa was a supergroup containing Kate Pierson (of The B-52's), YUKI of JUDY AND MARY), Mick Karn (of the band Japan), Masahide Sakuma and Takemi Shima (of the Plastics), and Steven Wolf.

The group formed in early 1999 when YUKI took a small absense from her mega-star band JUDY AND MARY. YUKI meet up with Kate Pierson and the two started to write lyrics together. Because of this the music was primarily written in English. The music was very experimental. It ranged from soft ballads, funky pop songs, and unusal electronic arrangements.

On July 14th 1999 the group released their first single, "Happy Tomorrow". The song was used as the ending theme to the anime, Arc the Lad. The single managed reach the nineth position on the Oricon and chart for a total of fourteen weeks. Their second single was released exactly three months later and didn't fair as well as the first. "Aurora Tour" reached the tenth position on the Oricon and charted for only five weeks. Not even a month had passed and the first album was released. The self-titled NiNa topped the charts at the number three position and charted for a total of eleven weeks. After this the band soon split to return to all of the other projects.