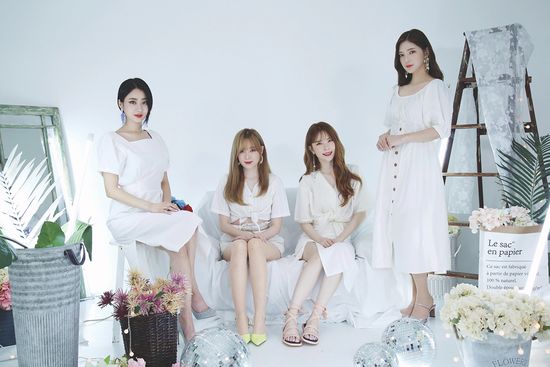 Nine Muses (나인뮤지스) was a Korean pop girl group debuted in 2010 under Star Empire Entertainment. On February 11, 2019 Star Empire announced that the group would officially disband after a fanmeeting on February 24th.

The group's first appearance was "Give Me" with Seo In Young from the Prosecutor Princess soundtrack. They officially debuted in August 12 with the single "Let's have a party".

On October 13, 2010, it was confirmed that Hyuna would join the group for rotational purposes while member Jaekyung was modeling. However, on December 22, 2010 Jaekyung officially left the group to focus on her modeling career.

On June 9, 2011, Star Empire announced that for promotions for "Figaro", members Rana and Bini would not participate but were still a part of the group, and that Nine Muses would promote Figaro as a seven member sub-unit. But, on August 11, Rana and Bini left the group to work on individual activities. Member Gyeongree joined the group in January 2012 for their digital single "NEWS".

In January 2013, it was announced that new member Sungah would join the group for the release of the single "Dolls".

In January 2014, Eunji and Lee Sem left the group to pursue individual activities. In June 2014, Sera left the group due to her contract with Star Empire Entertainment expired.

The group was set to come back in August with new members, however, this never materialized. The group was finally confirmed to be coming back on January 23, 2015 with their third mini album, DRAMA, with two new members.

In June 2015, the group confirmed the release of their special Summer album S/S Edition, set to be release July 02, 2015 with the current 8 member line-up.

In June 2016, due to the contract with Star Empire expiring, original members Euaerin and Minha decided to leave the company and the group. In October 2016, Hyuna also left the group after her contract expired.

A comeback was announced on May 31, 2017. It was also announced that Sungah would not be participating in the comeback due to wanting to focus on DJing and studying music. With Sungah's absence, Nine Muses and Nine Muses A now consist of the same members.

On February 11, 2019, Star Empire announced that the members contracts were coming to an end, so they decided to end the group promotions. On February 14, they released their last digital single, "Remember", as a gift for the fans. They also had their last fanmeeting on February 24, officially disbanding after.