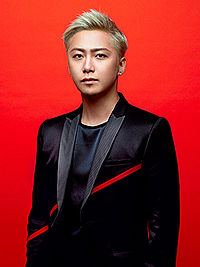 Ohno Yudai (also written Ouno Yudai; 大野雄大) is a Japanese singer. He is a vocal & performer member of the group Da-iCE.