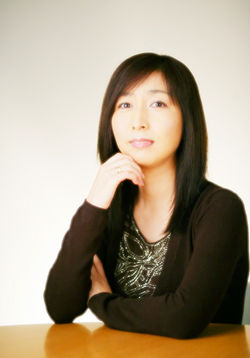 Okamura Takako (岡村孝子) is a Japanese singer-songwriter and member of the duo Aming.

Okamura Takako got her start in her music career when she formed the duo Amin with classmate Kato Haruko. The group entered the Yamaha Popular Music Contest in 1982 and won with their song, "Matsu wa", which became the group's only hit. A year later, the group broke up after Okamura leaving school to take a break and start her solo career.

In 1985, Okamura got to start her solo career under the label BMG Japan with the single "Kaze wa Umi Kara". But it wasn't till 1987 when her fifth single, "Yume wo Akiramenaide", landed Okamura her first hit. She later released a new version of the hit song in 2005 when it was used for the dorama Gyakkyou Nine. She later went to the label Warner Music Japan in 1995 but came back to BMG Japan in 2003.

Okamura married professional baseeball player Ishii Hiro in 1997 until 2003. During that time, she took time off from her music career to take care of the couple's only daughter. But in 2002, she released the best album DO MY BEST and went on a comeback concert tour. Five years later, Okamura reunited with Kato Haruko to reform Aming. The group released their comeback album, Mirai e no Tasuki, a year after.