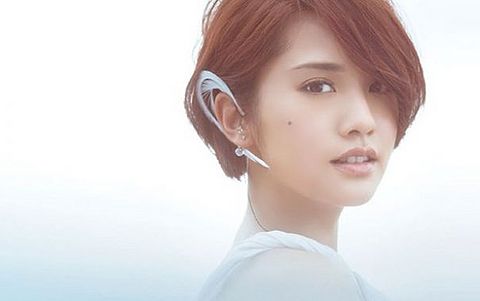 Rainie Yang (杨丞琳) is a popular female star in Taiwan. She was the youngest member of the band 4 in Love (1999-2002), now she plays in teen dramas but her biggest dream is still singing. Her first album came out in 2005.

Born in Taiwan, she lived in Hong Kong for a while, where she started to play in TV commercials. At the age of 15, she auditioned for the then forming band "4 in Love". She got her nickname "Rainie" as the other band members were "Sunnie", "Cloudie" and "Windie". She was the youngest of the four. The band was considered to make optimistic, happy music, to express emotions.

After the disbanding of 4 in Love, she moved back to Taiwan and have taken more care about her TV and movie career, starring in many teen dramas and TV shows. Now she's coming back to the musical scene as she released her first album in 2005 (My Intuition) with SONY-BMG. Most people think that even if she does not have an exceptional voice, her personality and cuteness makes her really good entertainer, and has a big fan base. When she turned 20, she expressed that she wants to change her "cute" image and start to make more mature productions, on screen and in music as well.

She's been hosting various TV shows and starring in many Movies and Series, such as The devil is around and Red little girl 2. In 2014, she joined EMI Universal Music, where she was under contract until 2017. Since then she´s signed to Sun Entertainment Culture. On September 16, 2017, it became official, that Rainie and the singer Li Ronghao are in a relationship. 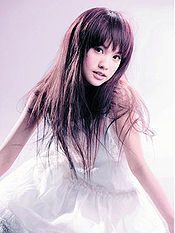 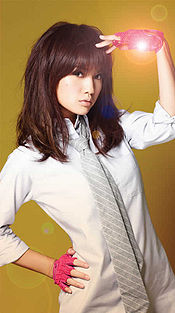 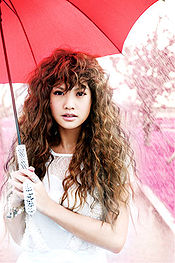