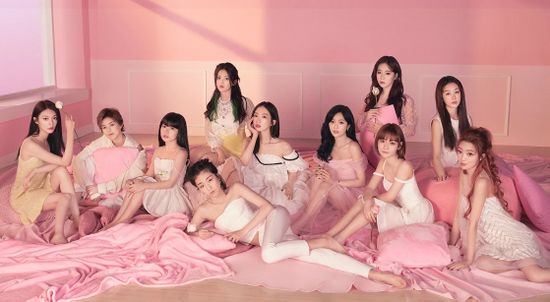 Rocket Girls (火箭少女101) was a Chinese Mandopop project girl group that was formed via the Tencent TV show Produce 101 China. They were signed to Wajijiwa Entertainment. They officially disbanded on June 23, 2020.

On August 9, Yue Hua Entertainment and Mavericks Entertainment released a joint announcement stating that they would be withdrawing members Meiqi, Xuanyi, and Zi Ning from the group. Yue Hua stated the decision to withdraw Meiqi and Xuanyi was due to the inability to come into an agreement with the company managing both Rocket Girls and their group WJSN, and Mavericks stated they withdrew Zi Ning because of health issues.

On August 18, "Zhuàng" was released, but due to the contractual dispute of Meiqi, Xuanyi and Zi Ning it only has the participation of eight members. That same day their debut showcase was held in Beijing. It was also revealed that a version of "Zhuàng" with all eleven members of would be released.