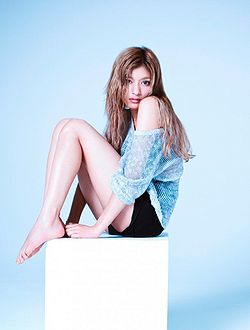 Rola (ローラ) is a mix-race model, pop-R&B singer, actress, and talento. She started as a reader model for the magazine Popteen in 2007, and gained popularity after appearing in ViVi as an exclusive model in 2008. The year after, she debuted on the runway of Tokyo Girls Collection and Girl's Award. As of 2015, Rola has appeared in more than two dozen fashion magazines of various styles ranging from gyaru to Aomoji-kei.

As a singer, she debuted in October 2011, on ISSA and SoulJa's single "i hate U". The following year, Rola released her first solo single, "Memories", under Universal Music Japan. She will make an appearance in the 2017 film Resident Evil: The Final Chapter as the character Cobalt.