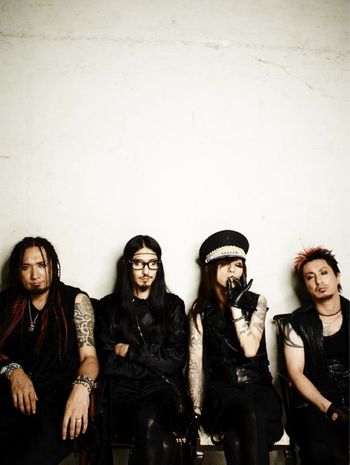 Sads (サッズ; also written in both all lower and upper case letters) is a Japanese punk-rock band formed by musician Kiyoharu in April of 1999, shortly after his previous band Kuroyume was put into a hiatus. As the first line-up of the band he was joined by guitarist Sakashita Taketomo, bassist Tanuma Tetsuhiro, and drummer Muta Mashiro. Their first activity was the appropriately titled "1999 THE FIRST TOUR", which took place at four venues in the UK.

After a few member changes and four years as a group, they were put into an indefinite hiatus after finishing their 13 -Thirteen- tour in June of 2003 following the departure of drummer Mitsuzono Eiji two months later. In January of 2010 Kiyoharu announced that both Sads and Kuroyume would be making comebacks. Sads began their return with the release of their sixth studio album THE 7 DEADLY SINS on July 7th.