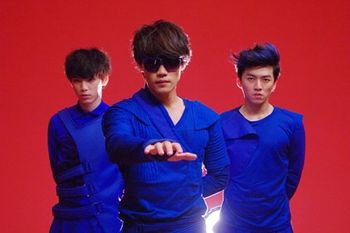 SIGMA is a Taiwanese Mandopop group that debuted in 2010 under HIM International Music. Both Judy and Mrtting participated in the show One Million Star. The group disbanded in 2013 due to its two remaining members having to enlist in the military.