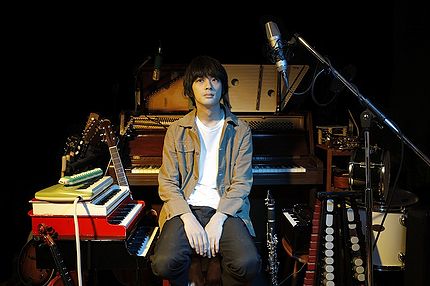 Shugo Tokumaru (トクマルシューゴ) is a Japanese singer, songwriter and multi-instrumentalist, who debuted in May 2004 in the United States with his album Night Piece. He creates every aspect of his music, including the lyrics, music, arrangements, recording and mixing. Tokumaru is also a member of the J-Rock band GELLERS. He is known for creating childlike yet beautiful melodies on a variety of instruments. 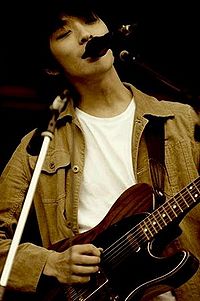 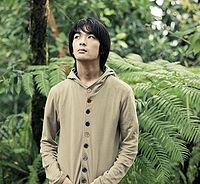 Shugo Tokumaru was born and raised in Tokyo. His first instrument was the piano, which he started between 5–6 years old after seeing a friend playing it. In junior high school, he started playing the electric guitar. He joined a band called GELLERS, made up of people he had known throughout his childhood. He started writing songs at 17 for the band. Tokumaru began an interest with multi-instruments, thinking that just the music of a standard band wasn't enough. Tokumaru travelled overseas after he finished High School for 2 and a half years, spending most of his time living in Los Angeles. While staying in the United States, he was a part of a jazz band, and recorded songs in his home.

In 2003 after returning to Japan, Tokumaru finished recording a demo album called Fragment. He gave this demo CD to a friend who was an acquaintance of Trevor Sias, owner of US independent record label Music Related. The label was impressed with the CD, and wanted to release the demo album as it was, but Tokumaru did not like the idea. He created an entirely new album, Night Piece, which was released under the label in the United States on May 11, 2004. It was released in Japan three months later through independent label Compare Notes.

Tokumaru released his second album, L.S.T., in 2006, and his third, EXIT, in 2007. In this time, his music started to become more recognised globally. In 2010 he released the album Port Entropy. The album reached 33 on the Oricon charts and sold over 10,000 copies.