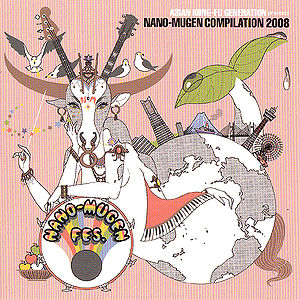 "ASIAN KUNG-FU GENERATION presents NANO-MUGEN COMPILATION 2008" is ASIAN KUNG-FU GENERATION's third compilation album to advertise their seventh NANO-MUGEN Festival that was held at Yokohama Arena on July 9, 2008. The album features one song from each of the sixteen groups, from Japan, United States, and United Kingdom. "Natsusemi" is the only single from this album and reached #36 on Japan Hot 100. The album reached #18 on the Oricon charts and charted for 6 weeks.