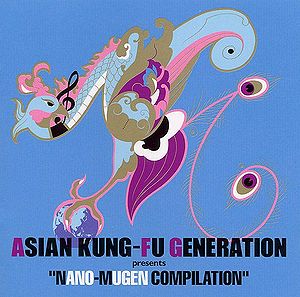 "ASIAN KUNG-FU GENERATION presents NANO-MUGEN COMPILATION" is ASIAN KUNG-FU GENERATION's first compilation album to advertise their fifth NANO-MUGEN Festival that was held at Yokohama Arena on July 9, 2005. The album was conceived after several NANO-MUGEN Festivals and is composed of songs performed by groups who often participate in the concerts. "Blackout" was released in order to promote the album, and the song was later remastered onto the band's third studio album, "Fan Club". The album reached #7 on the Oricon charts.