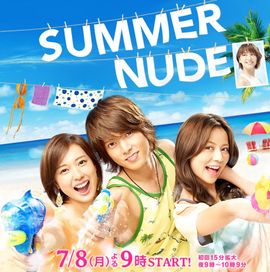 SUMMER NUDE is a Fuji TV TV dorama main-casting Yamashita Tomohisa, Toda Erika and Nose Karina. It aired from July 8th to September 16th, 2013 and had an average viewership rating of 12.7%

Asahi is a professional photographer who works at weddings and other social events in a seaside town; Natsuki is left on the day of her own wedding, with Asahi photographing the scene. They become friends, and soon Natsuki comes to live in the same town. Hanae, Asahi's old childhood friend, soon becomes a good friend of Natsuki and begins to tell of Asahi's sad past. The two team up to try to make the melancholic young photographer move on from the girlfriend he lost but never forgot, Kasumi. 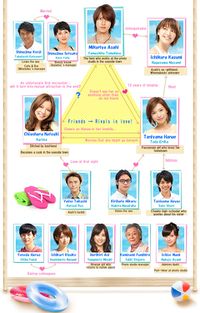 The dorama was released in a compiled box in both DVD and Blu-ray formats. It was released on July 16th, 2014