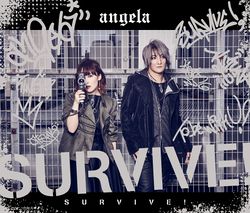 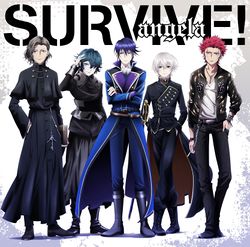 "SURVIVE!" is the 31st single released by angela. It was released in two versions: a limited CD edition and a regular CD edition. The limited edition includes three live tracks recorded at the EX THEATER ROPPONGI on February 24, 2018. The title track was used as the opening theme for the anime films K SEVEN STORIES.