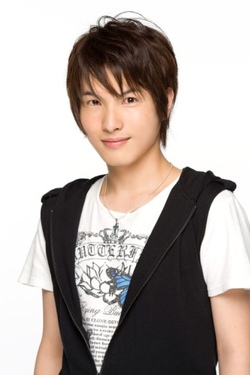 Suzuki Yuuto (鈴木裕斗) is a j-pop singer and seiyuu.

He made his debut as a seiyuu in the anime: Slayers REVOLUTION. He released only one single in his solo career, which was produced by Okui Masami. His first bigger success was in the Marginal#4 fictional band as the seiyuu of Nomura R.