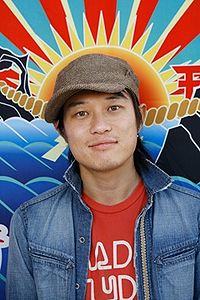 Born to musical parents and raised in a musical household, Takacha started learning piano at the age of 4. After entering high school, he began to seriously aim towards becoming a musician. He left high school and moved to Tokyo by himself. While there, he taught himself musical composition and did live performances while supporting himself as a construction worker.

In March of 2005, Takacha released his first mini-album, Your heart is...? through the company Rainbow Entertaiment. With almost no promotion, the single suddenly made it into the top 20 of the Oricon Indies Chart. Four months later, Takacha made his major debut with the single Sono Saki ni.

A few trends can be observed in Takacha's CD releases. The first is that every CD since his mini-album, singles and albums alike, have had a live track titled "Live in Takacha" with numbers differentiating the versions. The second trend is that each of his singles have had a track titled after a day of the week. Currently, as Takacha only has four singles, there are only songs for the first four days of the week, Sunday through Wednesday. The third trend is that each single has had an acoustic version of the a-side track.