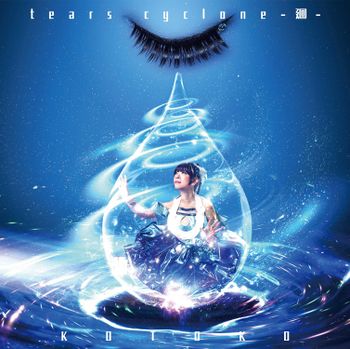 tears cyclone -Kai- is the seventh studio album released by KOTOKO and has the collaboration of composer Takase Kazuya from I'VE in all songs. It is her first studio album released in five years since Kuchuu Puzzle and her first album released under NBC Universal Entertainment Japan label in nine years since KOTOKO ANIME'S COMPILATION BEST. The first press editions comes with a bonus CD containing a remix version of a self cover of a song KOTOKO wrote for the singer Ray. The song "Sign of Suspicion" was used as theme song for the PC game BALDR HEART; "a-gain" is a self cover of a song KOTOKO wrote for the singer Ray, that it was used as the ending theme for the anime Ao no Kanata no Four Rhythm; and "Kai-Ro-tation" was used as the lead song for promotion of the album, and a music video was also made. The release of the album will be accompanied by a live tour in 2018, called KOTOKO LIVE TOUR 2018 "tears cyclone -Kai-" (KOTOKO LIVE TOUR 2018 「tears cyclone-廻-」). The digital edition was offered for sale a week later and it is the first album of KOTOKO that can be purchased in high resolution (Hi-Res). 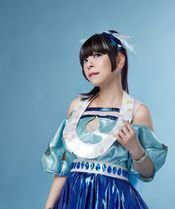