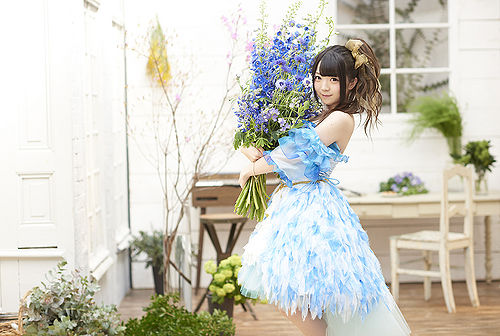 Ray (レイ) is a Japanese pop singer and former gravure model. She retired from her singing career in summer 2017. 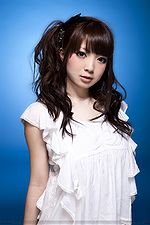 Ray originally did work as a gravure idol, releasing two DVDs in 2008. She tried out for the All-Japan Anime Song Grand Prix in 2010. She also covered songs under the name Clione Reika.

She made her debut as a singer in 2012 with the label GENEON UNIVERSAL, performing the opening theme song "sign" for the anime Ano Natsu de Matteru, it was her first single, it was released on February 08, 2012. On July 18, 2012 was released her first split single with Kurosaki Maon, all the songs included were used for the PSP game Juu Oni no Kizuna ~Sekigahara Kitan~. 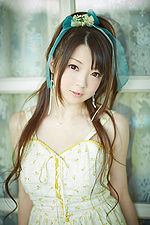 Her second single "Rakuen PROJECT" was released on October 24, 2012, which is used as the opening theme to the 2012 anime To Love-ru Darkness, this single was released with other label Warner Home Video, was the only one to released with that label. Before releasing her third single he recorded for the compilation album "Circle of fifth" a song tittle "Kokuhaku" that was included with her first song, "sign". Her third single "Recall" was released on February 6, 2013, which is used as the ending theme to the 2013 anime Amnesia.

Four months later, on June 05, 2013, she released her first studio album, "RAYVE", which includes four songs from her first three singles and nine new songs. A month later, on July 31, 2013, was released her second split single, again with Kurosaki Maon, all the songs included were used for the PSP game Juu Oni no Kizuna ~Hanamusubi Tsudzuri~, that is a sequel of the Juu Oni no Kizuna ~Sekigahara Kitan~, this split single included a song that was releases on her first album.

On October 30, 2013 she released her fourth single, "lull ~Soshite Bokura wa~" which was used as the opening theme for the anime Nagi no Asukara, it was the first and only single that released in three different versions. On December 9, 2013, her label company changed its name to the current NBCUniversal Entertainment Japan.

On February 05, 2014, she released her fifth single "ebb and flow", which replaced "lull ~Soshite Bokura wa~" as the opening theme in the anime Nagi no Asukara, this single included a insert song for the same anime, which was included on her first album too. The original soundtrack albums of the anime Nagi no Asukara included the tv size versions of "lull ~Soshite Bokura wa~" and "ebb and flow".

Her second studio album, "Milky Ray", was released on June 04, 2014. This album includes four songs from her last two singles, nine new songs and a new version of the song "lull ~Soshite Bokura wa~" entitled "lull ~Earth color of a calm~", that was used as the ending theme for the final chapter of the anime Nagi no Asukara. 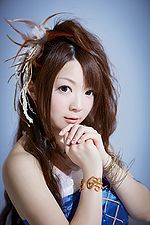 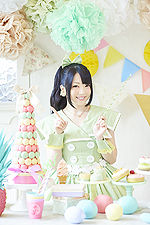