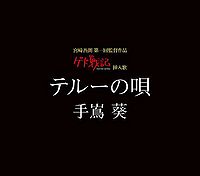 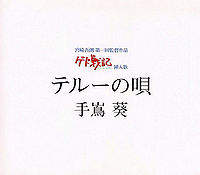 "Therru no Uta" is Teshima Aoi's debut single, and was used as a tie-in for the anime movie Gedo Senki, in which Aoi also voiced the main character Therru's voice. The song was also used as a Asahi Inryo CM song. There were two versions of this single released; the standard version and a Tower Records only version with a white cover instead. The single reached #5 on the Oricon charts and charted for 31 weeks, selling over 228,000 copies. This is her highest charting and best selling single so far. Therru no Uta was the #37 best-selling single of 2006.