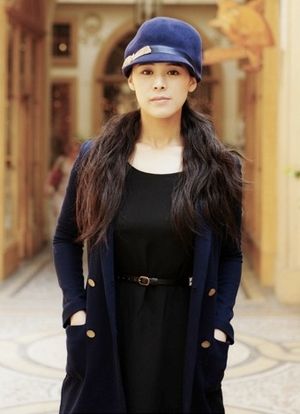 Teshima Aoi (手嶌葵) is a voice actor/singer and narrator hailing from Fukuoka. She debuted as a seiyuu in the lead role in the Studio Ghibli anime movie Ged Senki, which was made by the acclaimed anime artist Miyazaki Hayao's son Miyazaki Goro. Simultaneously, she debuted in the music world under the major label YAMAHA MUSIC. Her debut single, "Therru no Uta", reached #5 on Oricon charts and has sold over 220,000 copies. 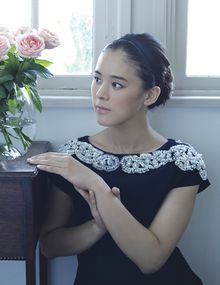 Teshima was born in Fukuoka in 1987. From when she was little she liked watching musicals and Disney movies. Other than this, not much is known about her early life, except that in 2003 and 2004 she entered the TEENS' MUSIC FESTIVAL in Fukuoka. She also performed at the Nikkan Slow Music no Sekai concert in March 2005 in Korea.

Suzuki Toshio, the producer of many Ghibli films, first heard Teshima's voice in a demo CD given to him by a man from YAMAHA MUSIC. The CD featured three Jazz standards: "Moon River", "La Vie En Rose" and Bette Midler's 1980 hit song "The Rose". He was impressed so much that he offered Teshima the chance to sing for the up and coming Studio Ghibli anime movie Ged Senki. She accepted, and only two weeks after Suzuki hearing her demo CD, Teshima sung and recorded the Ged Senki insert song "Therru no Uta". Later in 2006, Teshima debuted in both the music and voice acting worlds with the announcement that she would be singing for Ged Senki, as well as voice acting one of the main characters, Therru.

Teshima's debut single, "Therru no Uta", as well as being used for Ged Senki, was used in an Asahi Inryo commercial. The song is based upon a poem called 'Kokoro' that was written by the famous Japanese poet Hagiwara Sakutaro. Miyazaki Goro himself composed the tune. The single was a one-tracked single and low priced (500yen), which reached a surprisingly high position of #5 on Oricon charts. Furthermore, it stayed in the top 10 for six non-consecutive weeks, selling a total of over 220,000 copies.

Teshima followed up this single a month later with her debut album, Ged Senki Kashuu (which includes songs the two songs she sung for the soundtrack album ("Therru no Uta" and the ending theme song, "Toki no Uta" as well as other songs inspired by Ged Senki). However, this album did not fare as well commercially as its single counterpart. The album only reached up to #20 on the charts and to date has sold 45,000 copies; roughly 1/4 of that of the single.

While there was a period of inactivity after these releases, it was announced in December 2006 that Teshima would release a new eight track album called Haru no Kashuu in 2007.

Teshima says that she gets her inspiration as a musician and as a seiyuu from reading books and looking at beautiful paintings. 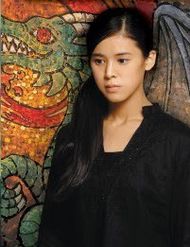 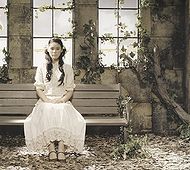 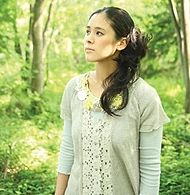 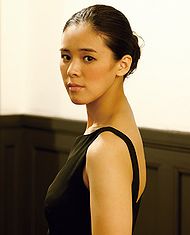 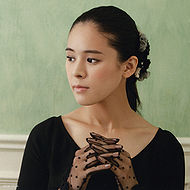