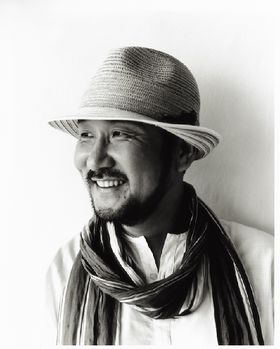 CHAGE (チャゲ) is a Japanese singer-songwriter and member of the pop duo CHAGE and ASKA.

CHAGE made his musical debut in 1979 with him and Aska formed the group CHAGE and ASKA and released their first single. Five years later in 1984, he teamed up with Ishikawa Yuko to release the duet single "Futari no Ai Rondo", which became a major hit.

In 1989, CHAGE joined the band MULTI MAX for seven singles and seven albums. Then, after 19 years of being in CHAGE and ASKA, CHAGE would debut as his own solo singer for a year with the single "Tokyo Tower". In 2008, after a ten year hiatus, CHAGE restarted solo career with the single "waltz". He also became a writer for a indies film missing page that debuted and CHAGE appeared at the SHORT SHORTS FILM FESTIVAL EXPO 2005 in 2005.

On January 2009, CHAGE and ASKA announced the duo would took a hiatus to focus more on the member's solo careers. This prompted CHAGE to start his own tour, release a new album, and release his third photobook.