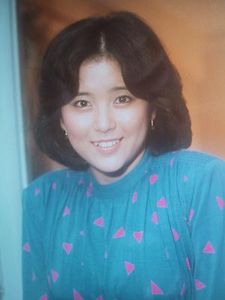 Ishikawa Yuko made her musical debut with the single "Jinchouge" in 1979 after being noticed at a Yamaha Popular Music Contest. While she started writing her lyrics and composing beginning with her second single "Let Me Fly", it wasn't until her third single "Crystal Morning" that Ishikawa became a smash hit. In 1981, her seventh single "Cinderella Summer" was also a big hit. She was recognized as not only a good-looking singer with a beautiful voice, but also a talented songwriter. She also became a popular DJ and television personality on shows like Youngtown.

In 1984, she released the single "Futari no Ai Land" with CHAGE from CHAGE and ASKA and it became another big hit for her. But six years later, she suddenly called it quits and retired from singing. She later studied in New York City for several years, and she married her manager in 1994. But she continues to write lyrics and compose, and she sang "Futari no Ai Land" with CHAGE once again in 2009.