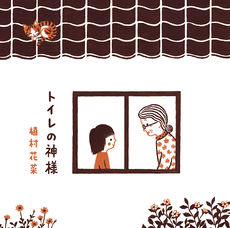 "Toilet no Kamisama" is the tenth major single released by Uemura Kana. It is a recut single from the mini-album Watashi no Kakeratachi, and it was released in a CD+DVD edition only.

The song became Uemura's breakthrough hit. The lyrics are based on her relationship with her late grandmother, who told her that if she cleaned the toilet every day, she would become a beautiful woman like the goddess that lives in the toilet. At the end of 2010, Uemura made her Kouhaku debut at the 61st NHK Kouhaku Uta Gassen, singing an eight-minute version of the 9:52 song (the longest Kouhaku performance ever for a single song).[1] Afterward, she experienced the "Kouhaku effect", and the song hit #1 on the iTunes, Oricon, and RIAJ charts.[2][3][4]

"Toilet no Kamisama" also inspired a picture book, an autobiographical novel, and a two-hour drama special (which featured the song as its theme song), all with the same name.

There are three versions of "Toilet no Kamisama" in Uemura Kana's discography: