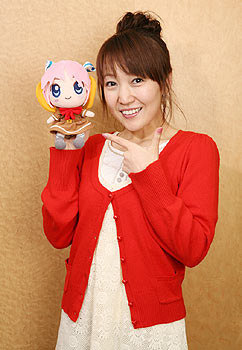 Tokunaga Ai first got her taste of show business in 1994 when she auditioned and passed to become a trainee for the group Tokyo Performance Doll after dropping out of high school. She would later debut as a solo singer in 1999 with the single "Heartful♥Candy". She would keep up with this career until 2008, when she announced that she no longer is pursuing a career as a singer on the music program COUNTDOWN TV. She also debuted as a voice actress at the same time with her first role in the anime Daa! Daa! Daa!.