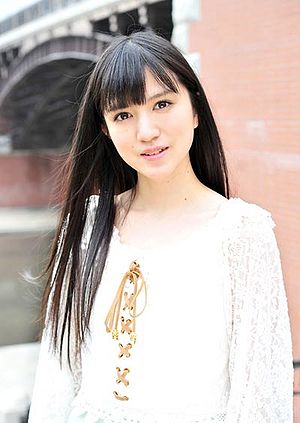 Tsukimiya Midori (月宮 みどり) is a Japanese seiyuu and singer under PRODUCTION ACE. She is a former member of the group 9nine, where she was known as Yamaoka Midori. She was part of the original line-up, however she graduated from the group in March 2009 along Ashida Marie and Yoshida Mai. In 2011 she debuted as seiyuu and changed her stage name to Tsukimiya Midori. In 2011 she joined the seiyuu group R-15♡, which sung the anime's R-15 theme songs.